Friday, November 29
After a long 14 hour train ride, we finally pulled into Bhopal. Bhopal is the capital of Madhya Pradesh. If the name sounds familiar, it’s probably because you’ve heard of the Bhopal Disaster. On the night of December 3, 1984 a Union Carbide pesticide plant in Bhopal leaked for about 45 minutes releasing more than 30 tons of toxic gases into the air. This has been the worst industrial disaster to date. The immediate death toll is estimated to be between 8,000-10,000 within the first 72 hours. In the last two decades, there has been an estimated 15,000-20,000 premature deaths due to the incident. Unfortunately, the area around the plant had been used as a dumping ground for hazardous materials, which then contaminated the groundwater. In 2001, Dow Chemical bought Union Carbide absorbing all of the assets, but has refused to assume the liabilities in India or clean up the toxic waste. Twenty-nine years after the gas leak, residents of Bhopal are still suffering due to ongoing contamination. Cancer and birth defects still remain a problem even among the new generation.

For most of our stay in Bhopal we stayed at Sambhavna Trust Clinic—an independent clinic provides free care to victims of the Bhopal disaster. They use both Western medicine and Ayurveda to treat their patients. Satyu (AKA Satinath Sarangi)—founder of the organization—introduced us to Sambhavna and showed us around the facility.

Saturday, November 30
Before coming to India, I knew that I would fall ill at some point. I had done so well, but my time had come. I woke up feeling sick. I took all sorts of medication to try and power through the day. In the morning we went to an NGO called Chingari, which is a rehabilitation center for kids with disabilities caused by either the Bhopal gas leak or water contamination. Here’s a link to a blog that I wrote about the experience: http://sjpd2013.wordpress.com/2013/12/06/chingari/#comments
Unfortunately, I had to leave early on account of my feeling very feverish. I went back and slept for a few hours. It was basically a one-day flu. After lunch, we walked to the Union Carbide Factory, which is now abandoned. It was haunting to be there, yet at the same time it didn’t feel real. Also, I was still pretty sick so maybe that’s why.

Sunday, December 1
There was an optional activity of going to a lake and going out of lunch. Coming off an illness, I chose to stay behind and watch movies. Not a bad day.

Monday, December 2
For our morning session, we met with Satyu’s wife Rachna, who is also a Bhopal activist. She talked about her life as an activist and what she is working for. The goal is to stop the disaster before the 4th decade. This means cleaning up of the factory, having Dow assume the liability, and having better rehabilitation for the victims. She also mentioned the slogan for Bhopal: “We all live in Bhopal.” There was nothing special about the Union Carbide factory in Bhopal, in fact there are many more just like it all around the world. There are slow and silent Bhopals happening to all of us.
Tuesday, December 3
We moved locations within Bhopal to a church on the other side of town. This day marked the 29th anniversary of the Bhopal disaster.  We visited a tribal museum during the first part of the day. Later that afternoon, a group of us went to a home and school for kids with special needs nearby to where we were staying. It was a huge facility complete with a dining hall, classrooms, a playground, and a gym with workout machines and gymnastics equipment. It was very impressive. Unfortunately, we weren’t able to see any of the kids.

Wednesday, December 4
We traveled back to Bangalore via flight.

Since the field visit we have been working on assignments, essays, and final projects. I’ve started packing my things and will be back in the US on Friday

Thanks to everyone who has read by blogs this semester!

Emma
Posted by Unknown at 11:00 PM No comments:

A few entries on our time in Varanasi…
It’s a lot harder to write a post about things that happened three weeks ago. This was the best I could do. A post from Bhopal will be coming in the next few days as the end of the semester is quickly approaching.

November 25:
After a long night, our train arrived in Varanasi. Every city we visit is very different from the last. Varanasi is no exception. The station was very crowded. We walked a short distance to get to the St. Mary’s Catholic Church, our home for the next few days. Varanasi is a holy city that sits on the banks of the Ganges River (Ganga). It is one of the oldest inhabited cities and it played an important role in the development of Buddhism. We met Father Emmanuel and then settled in for four hours of class on the history of India and the origins of Hinduism. That evening we went to the Ganga for evening prayers. The traffic in Varanasi is like nothing I’ve seen before: auto-rickshaws, rickshaws, cars, motorcycles, bicycles, and pedestrians. We walked down to the Ganga from where we had parked. We walked in a long line, each of us fending for ourselves trying not to be run over. Eventually, we made it through the chaos and approached the ghats—the steps along the river. There was a lot to look at by the river—boats, kites, death rite rituals, tourists, people bathing. After hanging out for a while, the group reconvened for evening prayers. I associate praying with quiet and peacefulness, but these prayers were far from that. There were several men in front of the audience with a bell in one hand and incense in the other hand. They did a synchronized routine while bells chimed and music played. Since it’s difficult to describe, here’s a short 20 second clip of the evening prayers:

I woke up at 5:00a for a sunrise boat ride on the Ganga. It was very peaceful, but also very cold. I dipped my hand in the river, so at least my hand is free of sins. There were quite a few other boats out on the river. People were already up bathing and doing laundry. We also saw a couple funeral pyres from a distance. Again, pictures work better than words:


During the afternoon we visited four different Hindu temples—a Shiva temple, a Hanuman temple, a Ramayana temple, and a Goddess Temple. The Hanuman temple was the scariest because there were monkeys EVERYWHERE. But I think my favorite was the Goddess temple.

November 27:
I spent most of the day battling allergy-like symptoms, which I attribute to the smog and dust in the air. Father Emmanuel gave a lecture on Buddhism and then we saw Thai, Sri Lankan, Chinese, and Japanese temples. We also went to a museum that had a lot of statues of Buddha.

Here are some temple pictures: 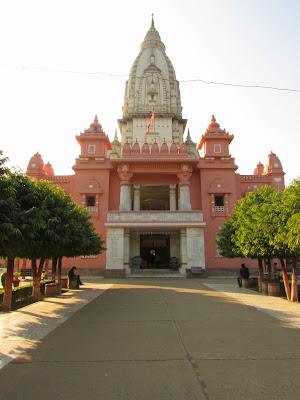 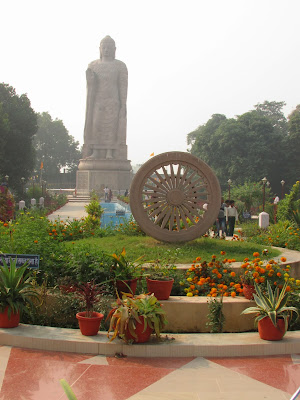 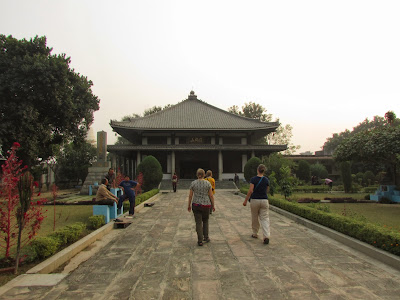 November 28:
We had scheduled time to go shopping in Varanasi since this was our last day. I didn’t do any shopping, but just sat down by the river until it was time to go back to the church. We had an improvised Thanksgiving meal: mashed potatoes, curry, green beans, and cake and mango ice cream for dessert. Not too shabby. We went to the train station in the afternoon and made our way to Bhopal.

Posted by Unknown at 7:50 PM No comments: 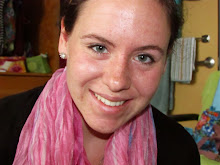